This was originally published in The Belle Banner, Belle Missouri March 20th, 2019. If you would like to see the current articles as they are published, you may subscribe to The Belle Banner by calling 573-859-3328, or email tcnpub3@gmail.com, or mail to The Belle Banner, PO Box 711, Belle, MO 65013. Subscription rates are; Maries, Osage, and Gasconade County = $23.55 per year, elsewhere in Missouri = $26.77, outside Missouri = $27.00, and foreign countries = $40.00.
After Fort Leonard Wood, the closest post to Belle, Missouri is Fort Leavenworth, Kansas, but I’m not including it as a possible place to be assigned, because there are not many enlisted positions there. It is the Army’s Combined Arms Center which is basically the Army Command and General Staff College, which is a yearlong course attended by new majors. The Department of Defense’s only maximum security prison is also there.
The next closest is Fort Riley, Kansas which is about 325 miles or about five hours driving time. Next is Fort Campbell, Kentucky which is about 350 miles or five and a half hours, then there is Fort Knox, Kentucky which is about 370 miles and about six hours away. Fort Riley is the home of the 1st Infantry Division, which has a shoulder patch with a red 1. In Vietnam they said; “If you’re going to be one, you might as well be a big red one”. Fort Campbell is home to the 101st Airborne Division. The 101st doesn’t jump out of airplanes anymore, but it has retained the name because it was initially organized as an airborne division. The 101st is classified as an Air Assault Division. Lots of helicopters.
This is about Fort Knox. You take I-64 east from St Louis across Indiana to exit 105, just east of Louisville, then Indiana highway 135 south into Fort Knox. That is an easy trip. I went through basic training at Fort Knox, then went back to Fort Knox, as a Master Sergeant, as cadre for the ROTC basic course.
The United States Bullion Depository is located at Fort Knox. Fort Knox does not have a combat unit. It was the Armor Center and School for 60 years, but in 2010 the Armor Center and School was moved to Fort Benning, Georgia to be co-located with the Infantry Center and School. If someone is more desirous of a support job and doesn’t want to be in a combat unit, Fort Knox may be the place. There are four major headquarters on Fort Knox, each commanded by a Major General (two stars) The US Army Cadet Command oversees the national ROTC programs.

The US Army Recruiting Command supervises the entire Army recruiting operation including the recruiting brigades and battalions, the US Army parachute Team (The Golden Knights), and Army commercials.

The 1st Theater Sustainment Command is the logistical, personnel, and financial support command for US Central Command whose area of responsibility is the middle-east, Iraq, Afghanistan, and Syria. Most army war zone veterans alive will recognize that circle with the leaning arrow shoulder patch. It was called the leaning something else in Vietnam. It was 1st Log Command then and the largest command in country.

1st Theater Sustainment Command Headquarters
Then there is the giant of the four, the US Army Human Resource Command.

In 2003 the Army Total Personnel Command in Alexandria, Virginia (Washington, DC – Army Headquarters) and the US Army Reserve Personnel Command in St Louis were consolidated into a newly constructed 884,000 square foot, three story building, covering 104 acres on Fort Knox to form the US Army Human Resource Command (HRC). Every personnel action from enlistment to retirement for officers and enlisted soldiers happens at HRC, assignments, reassignments, promotions, discharges, awards, and retirement. There are almost 4,000 soldiers and civilians working in that building. When HRC was activated it started a radical change in the Army. When I was in the Army you just “came down on orders”. You didn’t know when or where you were going until you got orders. Now every soldier has an AKO account (Army Knowledge Online), on which he or she can “chat” with their assignment manager at HRC. The Officer Personnel Management Directorate (OPMD) at HRC has offices with assignment officers for each officer branch in the Army. The officers assignment officers not only monitor the Army’s requirements, but they also manage the individual officers careers, presenting possible assignments that will continue to enhance the officer’s experience and education as he or she moves up in rank. The Enlisted Personnel Management Directorate (EPMD) follows the same pattern for career enlisted soldiers, plus they post on Facebook upcoming assignment requirements around the world. They try to have soldiers assigned where they want to be assigned. Nothing but positive comments from soldiers assigned there – very professional. 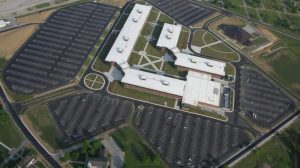 Fort Knox covers 109,000 acres in three counties of Kentucky. The 2018 population figures are 4,769 active duty soldiers, 2,501 Army Reserve soldiers, 6,825 civilian workers, and 6, 841 dependents living on post. It has a permanent population of just over 12,000 and a daytime working population of about 21,000. Like all Army posts, Fort Knox has a hospital, fire department, military police patrolling, a large post exchange, and a large commissary. Fort Knox also has four fitness centers/gyms, one has an indoor pool, a PGA certified 18-hole golf course, a bowling alley, and several tennis/ basketball courts and baseball/softball fields. The Fort Knox Education Center has five schools conducting evening and online classes, including the University of Louisville. 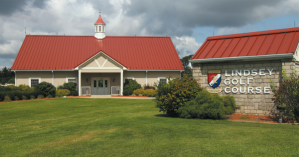 So what Army jobs for new enlistees are on Fort Knox? My guess (Army won’t tell) is that Human Resource Specialist, Military Occupational Specialty (MOS) 42A is the largest number, probably hundreds. Followed very closely by MOS 25B Information Technology Specialist. The 25B’s are the Army’s computer guys who keep everything running. If you’re a smart person graduating from high school who wants to be a computer engineer, but you or your family doesn’t have the money for college and you don’t want to go in debt for it, enlisting for Army MOS 25B might be a valid consideration. After basic combat training, the AIT (Advanced Individual Training) for 25B is 20 weeks at Fort Gordon, Georgia (Augusta). The AIT for 42A is nine weeks at Fort Jackson, South Carolina. A person in either of those MOS’s serving a three or four enlistment at Fort Knox should leave with at least two years college, if they apply themselves, plus the computer person should all kinds of computer and network certifications. A new soldier in either of those MOS’s who makes Fort Knox their first assignment choice on their AKO, site as soon as they get to AIT, will probably get that assignment. However, the needs of the Army always come first, so that would not be a guarantee, but it would be a very good bet.